Globalization and its Discontents

My essay on globalization and its discontents first appeared in The Conversation. It was republished in Hippo Reads, Newsweek, PBS Newshour,  Raw Story, Salon and  US News and World Report.
Posted by John Rennie Short at 8:17 AM

Interviewed about East Asia, APEC meeting, collapse of TPP and disputes in South China Seas. The interview by Sputnik Radio is available here. 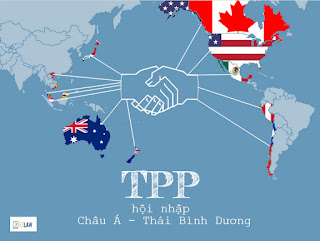 Posted by John Rennie Short at 9:27 AM

Have a chapter in new book analyzing the 2016 US Election. Here is my chapter on the politics of de-legitimacy.  The text, with 83 different contributors all trying to make sense of it all, is here.

Posted by John Rennie Short at 9:33 AM

I spent two days in Miami at the CityLab conference. Really interesting. Lots of very smart people: city mayors and politicians; not for profit organizations doing good work; private market folks looking to make money in funding socially responsible ventures. After the dry desiccation of most academic conferences this was a fertile setting for a frank exchange of ideas and information.
Here are some photos from Miami and Miami Beach.

I was interviewed by the CBC radio show The Current. The topic: should we have a permanent site for the Olympic Games?  I and an Olympic Games historian, Robert K Barney from Western University, debated the issue. Sometimes, in these radio interviews your comments are edited down to a few phrases or sometime left out all together, as happened to me when I was interviewed a month ago by the BBC. I heard some of my arguments but not in my voice or even with a mention. This CBC program is a rare case of allowing the interviewees enough space to make their arguments. You can access the program here.

Richmond, Virginia and the evolving iconography of the Civil War

Visited Richmond Virginia on a hot humid day. It was a major slave market and the capital for the breakaway Confederacy. The city has a pronounced Civil War iconography. Along Monument Avenue there are imposing statues of Robert E. Lee, Jefferson Davis and Stonewall Jackson. It is all honor and romanticized resistance; no sense of slavery. But at the far end of the Avenue, looking away from Davis, there is a more recent monument to the African American tennis star Arthur Ashe.

The dissonance continues in the Virginia Historical Society. After passing through huge paintings depicting Lee and his officers as bearded heroes looking resolutely onto a battle scene, the contemporary exhibition on Virginia's history takes an unflinching look at the race, class and gendered nature of the state’s evolution. While some rooms celebrate the white romanticized South, others deconstruct its racial, class and gender bias.

Richmond's urban landscape and institutional memory embodies the history of the South but also the complex and evolving and conflicting ways of understanding and dealing with this past.

Travels to the Arctic Circle

Midsummer. From Alesund  sailed up the coast to Honningsvag in the northern most part of mainland Norway. The days got longer and the light more brilliant.  Embraced in  a sea-scrubbed, crystalline light.