Photos from recent travels in Caribbean:

I recently retuned from a visit to Aarhus Denmark. I gave a talk at a conference on City Regions in a Globalized World.

The city was such a contrast to Cali Colombia, site of a recent visit and inspiration for a previous blog entry.  Rather than a social capital deficit, here was social capital in abundance with pedestrianized walkways and the many bicyclists simply leaving their bikes unattended with little fear of theft. The Scandinavian democracies, with their generous social welfare and abundant social capital, are reminders of what a humane urbanism can look like.

It was cold and overcast during most of visit. I arrived a day early so that I could explore the city. I visited the impressive Art Gallery. The wind was bone chilling and the grey skies depressing but I had a magical experience. I visited the Botanic Garden, had lunch and walked through the greenhouses. In the quiet and green-filled tropical greenhouse, the circular section in the photograph, I was alone with thousands of butterflies fluttering languidly in the heavy, humid and deliciously warm air displaying their indigo dark wings with extravagant splashes of yellow. On a cold, grey day it was a wonderful experience to be transported to the warmth and fecundity and magic of the rainforest.


A new book Human Geography: A Short Introduction was published by Oxford University Press. To promote the book they interviewed me at their offices in New York City and subsequently posted the responses on youtube. Here are some of them:

on place and globalization

Posted by John Rennie Short at 8:46 AM

Just returned from a week in Cali Colombia. I was working with some colleagues at the Urban Observatory, POLIS, at Universidad ICESI. They are doing great work conducting surveys, collecting data and making social interventions such as trying to help trash pickers move into the formal economy.

The city is emerging from years of conflict: the long war between the government and FARC, the destructive nature of gang violence and internecine warfare between narco cartels. Things are getting better; homicides are coming down but are still high by US and European standards. According to official police statistics, close to 2000 people were murdered in the city in 2013. The murder rate just twenty years ago was 126 per 100,000; it is now down to 60. The comparative figure for Washington DC is 24 and only 4 for Amsterdam, which is the highest figure for a major European city.

The violence is concentrated in distinct parts of the city, especially the poor barrios where there is territorial competition between different criminal gangs. The legacy of violence is evident in the bunker architecture that prevails, the pervasive presence of armed guards and the disconcerting experience of sharing a restaurant with a young couple who had  their personal bodyguard posted outside.

And yet despite the easy characterization of the city as a place of violence, there are signs of hope. The murder rates are coming down, a more democratic politics are emerging and, despite poverty and enduring inequality, there is an active debate about creating a fairer better city. There are new land use plans, new proposals for sensitive urban renewal and creating green corridors. After years of unrelenting violence the city seems to be heading towards a better future.

In Cali, as in most cities in the Global South, poverty, marginalization and access to good quality public service remain important issues. Traffic is brutal and mass transit is barely adequate. But the city has a liquid sensuality, exemplified by its unique brand of salsa and in the provocative lyrics of popular songs. A hyper-sexualized culture, replete with widespread use of plastic surgery and loaded with public displays of affection and flesh, eroticizes the everyday and gives a powerful energy to the streets and a pulsating life to the city.

A three day visit to St Petersburgh allowed me to travel on the wonderful metro system, take a transect from the baroque splendor and neoclassical elegance of the center, past Soviet public housing to the summer palace of Peter The Great. He designed the city as a window on Europe and it remains one of Europe's most beautiful cities, part Venice, part Amsterdam, with a Tsarist Russian legacy of palaces for the wealthy and Dostoyevsky's novels of urban modernity and a Soviet bequest that combines the gorgeous Metro as well as the bleak blocks of public housing. 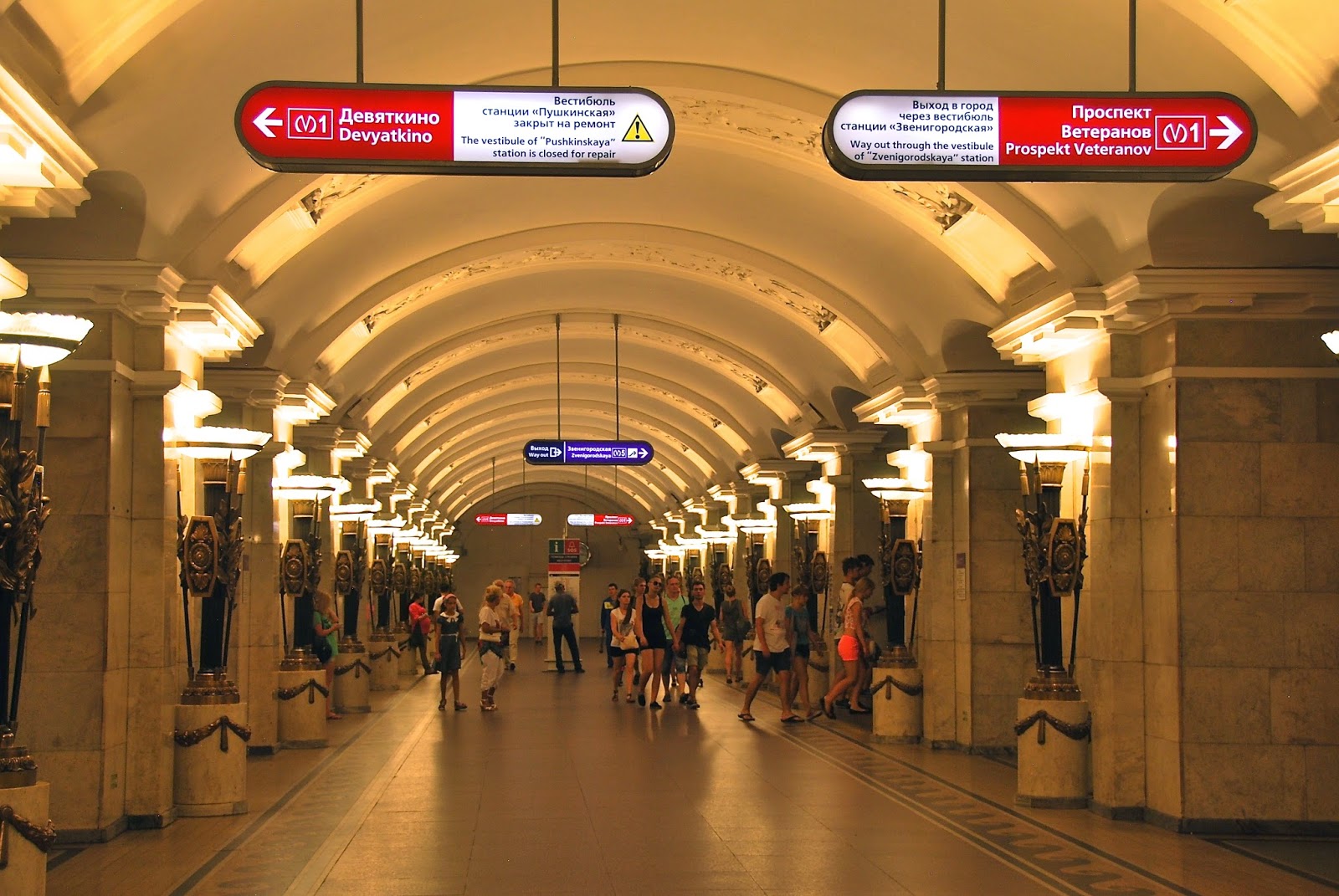 The metro system is a wonder; inexpensive, extensive and beautiful (© John Rennie Short) 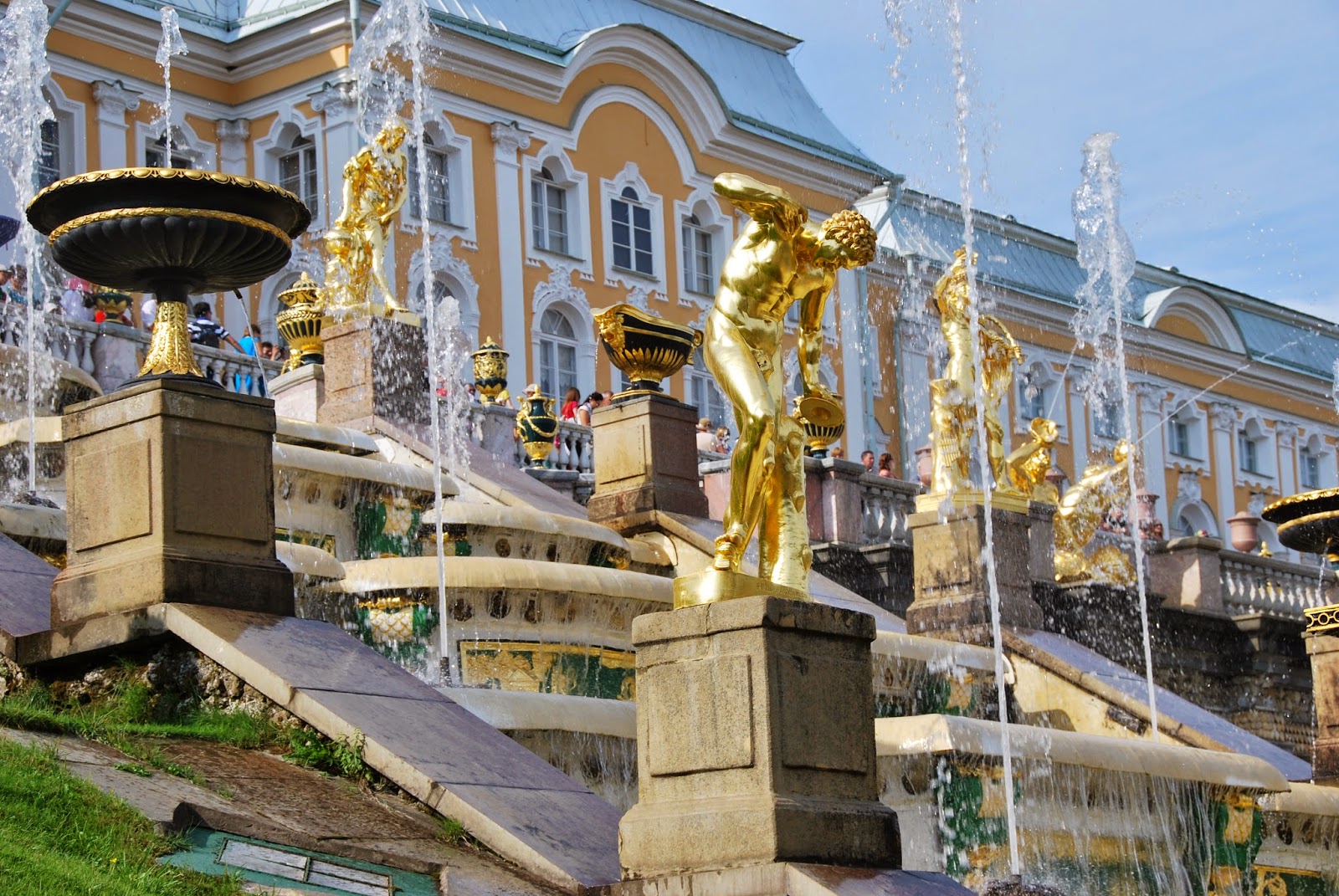 The over the top Baroque ostentation of Peterhof; Peter The Great's Summer Palace (© John Rennie Short) 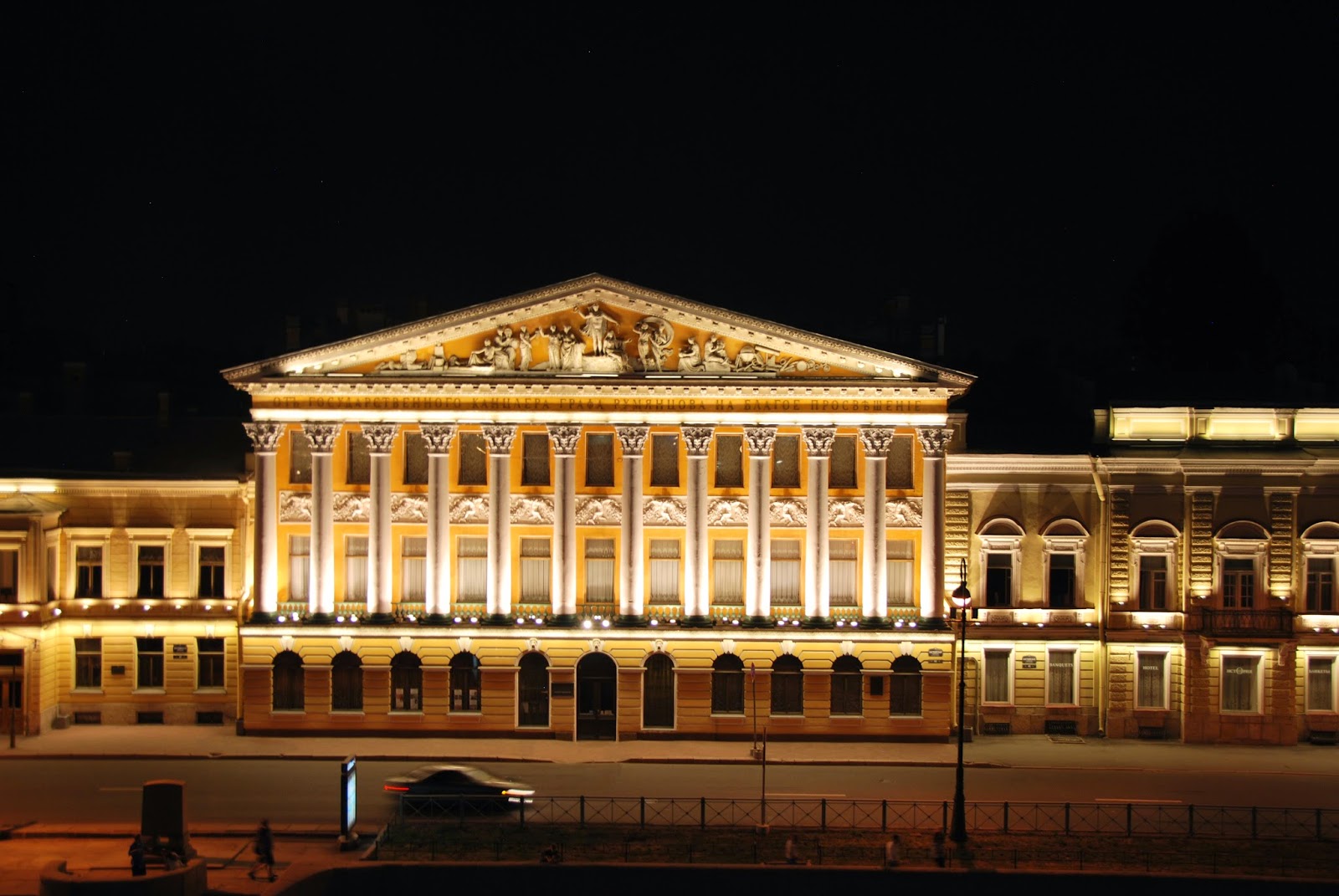 Along the banks of the Neva (© John Rennie Short) 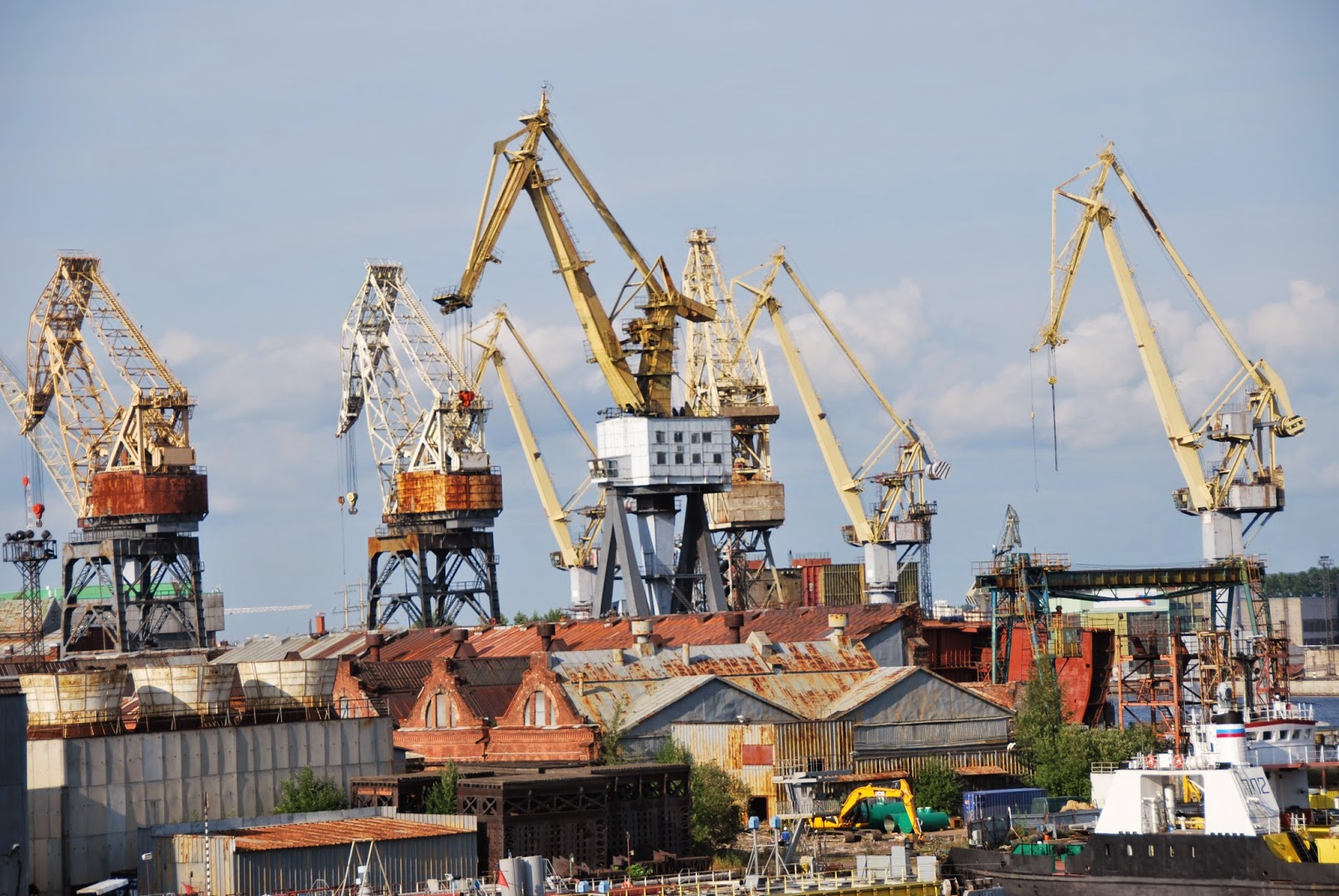 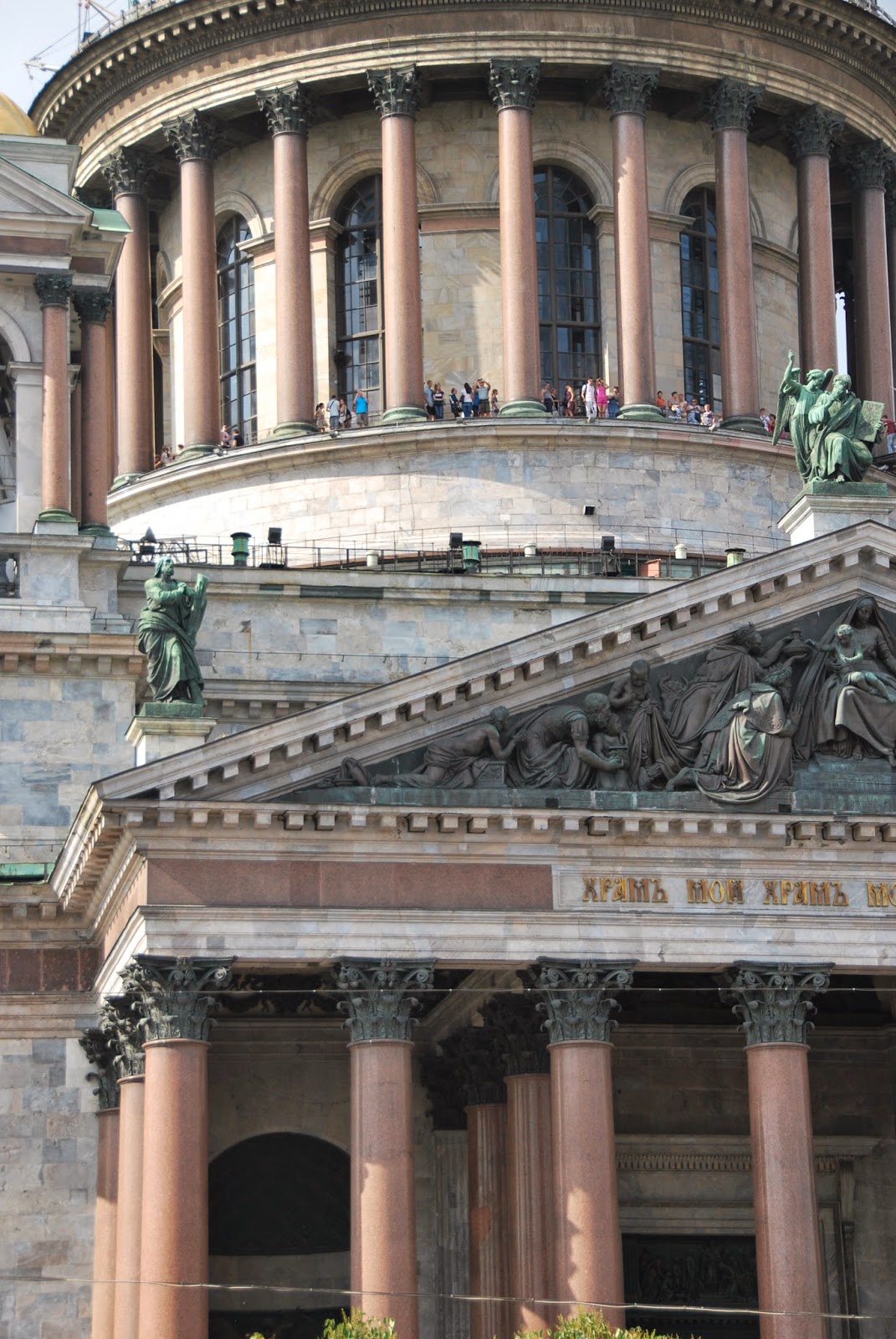 
Saddened this morning to hear of the death of my friend and mentor Sir Peter Hall (1932-2014). He was Chair of the Department of Geography at the University of Reading when I applied for a job in 1978. I was also invited to an interview at Exeter University scheduled for the same day. I called him up and told him of my dilemma. He said, "Leave it to me".  He arranged matters so that I was interviewed early in the morning at Reading and then drove me to the railway station so that I could catch a train to Exeter.  He drove at break neck speed all the time discussing urban planning issues. It was so typically Peter. A mixture of fast driving, intellectual discussion and generosity. He was a world famous academic and I was a young postdoc and yet for Peter, ideas rather than social status or position in the academic hierarchy was what really mattered.

I joined the faculty at Reading and came to know and admire him. I met him and Magda, his wife, over the years and in different places. I visited them in London and stayed with them when they lived in Berkeley and he visited me when I was in Canberra and Syracuse. He retained his boyish enthusiasm, good cheer and personal warmth for me over three decades.

There are now lots of obituary notices that tell of his work and contributions. My comments here are about the man.  I never met anyone who was so genuinely engaged in the urban condition. He was naive in the best sense of the word; always curious about ideas, ready to discuss them at anytime and with anyone. Widely and rightly praised and honored  he did not have a scintilla of pretension. In the academic world where ego is rampant,  often despite the actual accomplishments, Peter was a wonderful mixture of greatly talented and self deprecating. He used his influence and gave up his time to help numerous young scholars. He was a source of positive power and encouraging energy that radiated out over the years and across the world.

I last met him at conference organized in London in 2012 to celebrate his work. A dinner was arranged at the Royal Society. I was invited to write about one of his books. You can read it here. He was at 80 years of age still writing incisively  and thinking clearly about cities with the energy and passion of a young man. Age had not dimmed his mind or lessened his enthusiasm.  I am so glad I got one last chance to speak with him. I will miss him.

Posted by John Rennie Short at 9:18 AM