There is much in the news these days about how we have strayed too far from the principles laid down by the Founding Fathers. Tea Party activists promote the actions and beliefs of those who broke with Britain over two hundred years ago. And even the Supreme Court seems dominated by those who adhere to the original intent of the framers and see the Constitution not as a living document but as a closed text. In uncertain times the past can provide a certain comfort, a soft landing spot where verities are always eternal. A closer look at the past reveals a more complex picture.

I visited Mount Vernon this summer. A summer ago I went to Monticello. Both places welcome and inform the public. Mount Vernon is the home of the first President George Washington and Monticello is the estate of the third President, Thomas Jefferson. They tell us a great deal about life in colonial America and the early Republic. Both places also gave me unexpected insights into the lives of the wealthy landed colonials who played such a large part in the invention of the USA. For me, an immigrant from Europe, the most striking feature shared by both estates, is the central role of slave labor. The slave contribution is visible, everywhere and obvious. This is not the distant transfer of wealth from sugar plantations in the Caribbean to English Georgian mansions—an indirectness that separates the conspicuous consumption from its bloody base. This is the direct, everyday, cheek-by-jowl exploitation of people sharing the same space, breathing the same air and living on the same estate. It is the intimacy of the slavery that is so striking. What makes both places so shocking is the closeness of the master-slave relationship. It is the direct exploitation of your living neighbors. For someone who grew up in Europe, slavery was always distant and foreign. In the early US it was part of the domestic ecology. 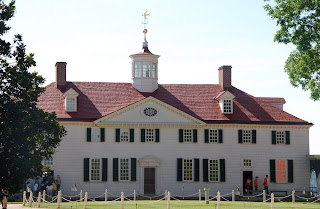 Washington inherited 10 slaves when he was eleven years of age. At the time of his death in 1799 there were 316 slaves living in Mount Vernon. Food was grown by slaves, they tilled the land, mowed the hay, tended the animals. From sunrise to sunset they labored to keep George and Martha fed and clothed. The hospitality and quiet dignity that most visitors commented upon was founded on the backbreaking relentless toil of humans in permanent bondage. 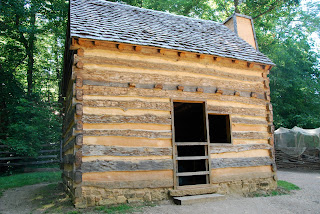 
Jefferson was owner of over 600 slaves. He lived in a beautiful Neo-Palladian mansion of his own design while hundreds of slaves resided in cramped accommodation unable to leave the estate of the man who wrote the Declaration of Independence. 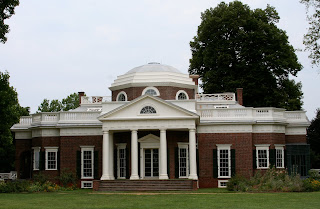 
Were they just hypocrites? Mouthing freedoms while they lived off the unpaid labor of others. “How is it”, remarked the Englishman Samuel Johnson, “that we hear the loudest yelps for liberty among the drivers of negroes”? In their defense, they were people of their times, thrown into a slave-owning society unable to change things around them. Yet the same people resisted the political status quo and fought the greatest imperial power in a long struggle for independence.

Slavery was maintained by acts of racial terrorism. Slavery and its long drawn out, trailing and entangling consequences have permanently marked and scarred the reality and the promise of the US. To enslave fellow humans while mouthing the rights of man was an act of hypocrisy that damaged the moral base of the country. We have yet to fully recover. We are not helped by willful acts of historical amnesia. Part of the recovery requires a more honest assessment of the nation’s past than that promoted by today’s ideologues.