I love Barcelona. My love affair now stretches back over thirty-five years. I first went to the city in the 1970s. After a long train journey from London, traveling through the night across France, changing trains at the border between Spain and France, I arrived at the Barcelona Station. At the foot of the Ramblas, this station was the gateway to a vibrant metropolis, so charged with energy and difference it was scary and exciting, overwhelming and stimulating. Compared to the sedate British towns of my youth, it was wondrously excessive. Neither Spanish—too much Catalan for that—nor Southern European—there was too much of a hard commercial sense for that—the city was unique, old and modern combined in a complex urban fabric. The old Gothic Quarter, the softened-edge grid of the nineteenth-century extension and the legacy of Gaudi and Catalan modernism all combined to give Barcelona an architectural dazzle. I stayed in a cheap hotel in the old quarter where if you came back after 10 pm you clapped your hands in the street, and someone threw down a key. That Barcelona was hot and humid and pungent. And I loved it. 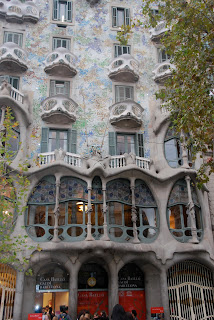 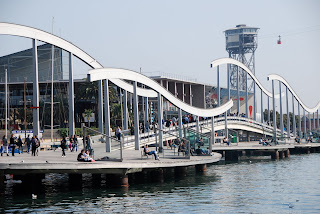 I have visited Barcelona regularly but infrequently since then, and between those intervals, both the city and I have changed. I became more traveled, more used to big, strange cities. And Barcelona changed in turn: it became the capital of a more autonomous Catalan in a more democratic Spain. It hosted the Olympics; it became ‘cool’, a fashionable destination for tourists from across Europe and around the world, now a pilgrimage destination for Japanese lovers of Gaudi. And in this process, the locals again rediscovered the wonders of their city, which is a welcome yet unexpected artifact of Barcelona’s globalization.

The city is now more cosmopolitan, more used to the foreign other and the international tourist. While the tourist crowds overwhelm parts of the city, the city is still too big, too complex, too much still in the process of becoming, and the vibrant street life and commercial vitality too exuberant for it to become a place at rest, the mere end point of tourist pilgrimages. Including my own.
Posted by John Rennie Short at 10:33 AM

I have returned from a quick visit to South Korea, my second trip to the country. The first time was in 1993. I noticed a number of changes. Some obvious. The banks of the Han River are much greener, more landscaped and more accessible. The city as a whole looks much greener than the uniformly grey of the concrete city I remember. Air quality, despite the huge increase in traffic, is noticeably better although still not great. The sheer weight of traffic as well as the airborne pollution from China creates a pall of smog across the city. Seoul is more globalized: there are Starbucks and more signs in English. South Koreans are connected to the rest of the world through economic linkages as well as diasporic connections and Internet traffic.

Of course there are the things about any foreign country that stand out. The ethnic homogeneity continues to be very obvious compared to other powerful economies. South Korea is more economically than culturally globalized. South Korea is one of the world’s most educated societies. Almost 90 percent of South Koreans go on to higher education, a truly staggering figure. Colleges and universities are some of the driving forces of national and local economic development. The confidence and ambition of a rapidly growing economy stand out against the slower pace of more developed economies. In some cases the confidence is played out in massive modernization projects such as the new district of Songdo currently being built near the city of Incheon. 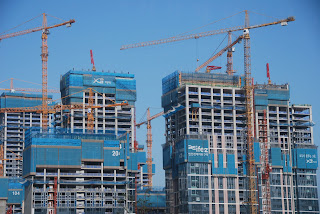 There are also more subtle changes. A more pragmatic attitude to the costs as well as benefits of rapid economic growth is increasingly evident from speaking with the people and listening to their debates. There is fuller reckoning of the colonial legacy of Japanese control, of the collaborations as well as the resistances. While there is justifiable pride in economic achievements, there is a deep sense of the trauma inflicted on the country by the recent history of colonialism, war, and rapid industrialization. There is a palpable grappling with history. Seoul now boasts a new National Museum of Korea and the grand Joseon palaces of Changdeokgung and Gyeongbokgung are refurbished and open to the public. 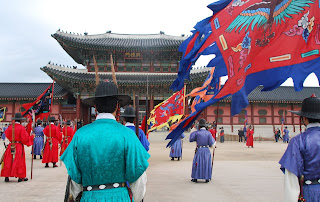 Other visible reminders of the past are not such venerable legacies. You do not have to travel very far from Seoul to see the barbed wire that separates South and North, a developed country from one bordering on mass starvation. Since my last visit, South Korea has prospered while North Korea has spiraled down into even more authoritarian rule, misery and hunger.

Countries are too large to understand and summarize in a quick visit. South Korea seems poised to enter a more settled period in which the legacies of the past and the prospects of the future are now regarded as more nuanced and complex. To visit the emerging city of Incheon or the fast-paced metropolis of Seoul is to get a glimpse of the speed and feel of a high-octane modernity coming to terms with its past and establishing its future role in the world.
Posted by John Rennie Short at 12:08 PM