There are two types of urbanism. There is flash urbanism; this is city as urban spectacular, building as starchitecture, the big statement, the grand flourish. For the past hundred years the persistent theme of flash urbanism is the construction of the tall building. Cities predicated upon flash urbanism include the oil rich states of Abu Dhabi and Dubai. Here a combination of lots of money and a desperate need for world respect and global recognition leads to an architectural frenzy. Abu Dhabi has a Zaha Hadid-designed performing arts center and a Frank Gehry-designed Guggenheim museum. Its central business district is a concrete forest of new tall buildings. Currently Dubai boasts the world’s tallest building, the 160-floor Burj Khalifa and the 77-floor Emirates Park Tower, the tallest hotel in the world. Tall buildings are spectacular and as urban skyline they create a visual signature of a globalizing modernity. In China the construction of Pudong in Shanghai was the self-conscious attempt to create an urban fabric of tall buildings including Shanghai Tower, the tallest tower in Asia. 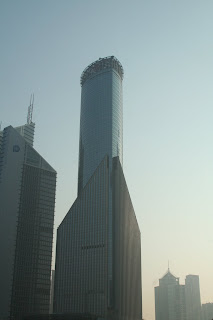 But what is life like at the bottom of these buildings? In the Arab Emirates, streets are rarely filled with people. Almost a quarter of a million laborers work to construct Dubai's urban fantasy of global city rather than a city of enriched human experience. In Pudong the buildings that stand so tall rarely link with each other or the surrounding urban fabric. Too close to drive, the locals complain, and too far to walk from each other. Flash urbanism is about surface appearance, about impressing, about visual rhetoric. It is about the now.

There is another, quieter form of urbanism that I will refer to as a more intimate urbanism, smaller scale, more linked to the human body and its locomotion. An exemplar is the urban fabric of Dutch cities in their walkability, there deference to the bicyclists, the reliance on public transport, their quieter, more intimate feel. The Dutch prize what translates as coziness, and this is obvious in their built form. The Netherlands is not known for tall impressive buildings as in Abu Dhabi, Dubai or Shanghai. They are better known for the intimacy of the their streets, the coziness of their public space, the human scale of their cities. 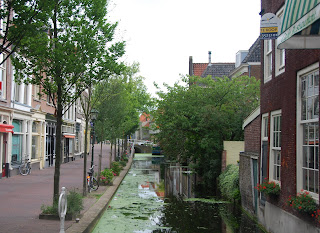 Flash urbanism and intimate urbanism. They are not so much separate but two poles of a continuum. Sometime the flash can turn with age and use and custom into the intimate as a city incorporates the brash and new into the old and familiar. The Town Hall in Amsterdam, a monument to civic pride and civic society, was at one time one of the largest municipal buildings in Europe. Now it is a much-loved landmark in Dam Square. Flash urbanism reflects the ‘make-an-impression-now’: it is the architectural equivalent of instant gratification. It took less than twenty years to turn rice paddies into Pudong's skyline. Intimate urbanism takes a while to develop. Dutch urbanism emerged over centuries. While it is easy and quick to follow fashion it takes longer to find out what works as livable city. I like to visit flash cities but I prefer to live in more intimate cities.